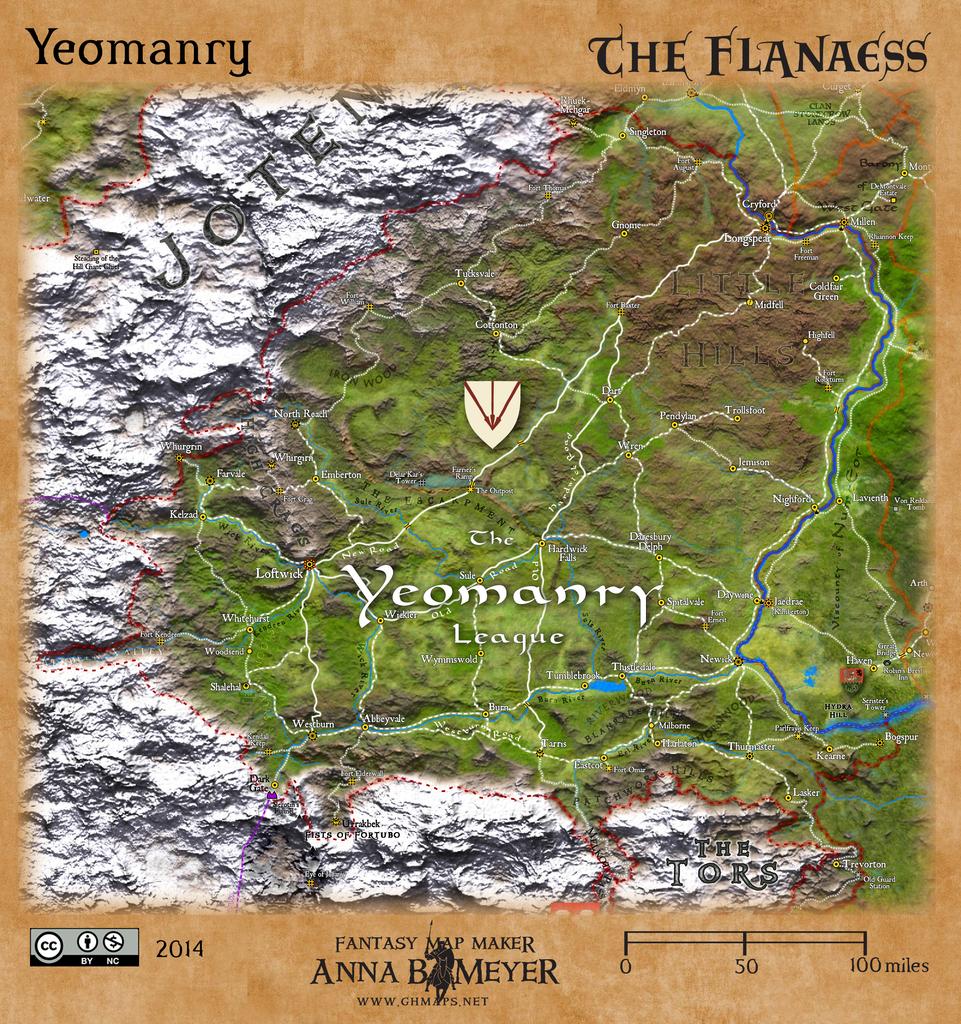 Region: Flanaess
Borders: Sterich, Keoland, Sea Princes, Sea of Dust, Dry Steppes.
Capital: Loftwick
Population: 306,000 (79% Human (SOf), 9% Halfling, 5% Elf, 3% Dwarf, 2% Gnome, 2% Other)
Languages: Common, Keolandish
Alignment: LG, LN, CG, NG
Major Religions: Phaulkon, Heironeous, Allitur, Fortubo, Fharlanghan
Resources: Food, textiles, silver, gems
Notable: Slerotin’s Tunnel
Overview: One of the few representative democracies in the Flanaess, voting is the right of any citizen who has “carried a spear” for their country. Representatives with majority votes serve in a variety of levels of government, voting their own representatives in turn, until at the highest levels one reaches the Council of Common Grosspoken in Loftwick, who in turn choose the Freeholder. Ruled by the Tyrant Asberdies in the earliest years of their history, the folk of the Yeomanry vowed to never again bow to any petty king or lord. Even when they allowed themselves to be annexed by Keoland, they retained the right to vote for their own leaders and to vote to leave the greater union of they so wished. When Keoland entered it’s imperialist phase, the Yeomanry joined the Ulek states if opting out of the Kingdom. They have retained their independence ever since.