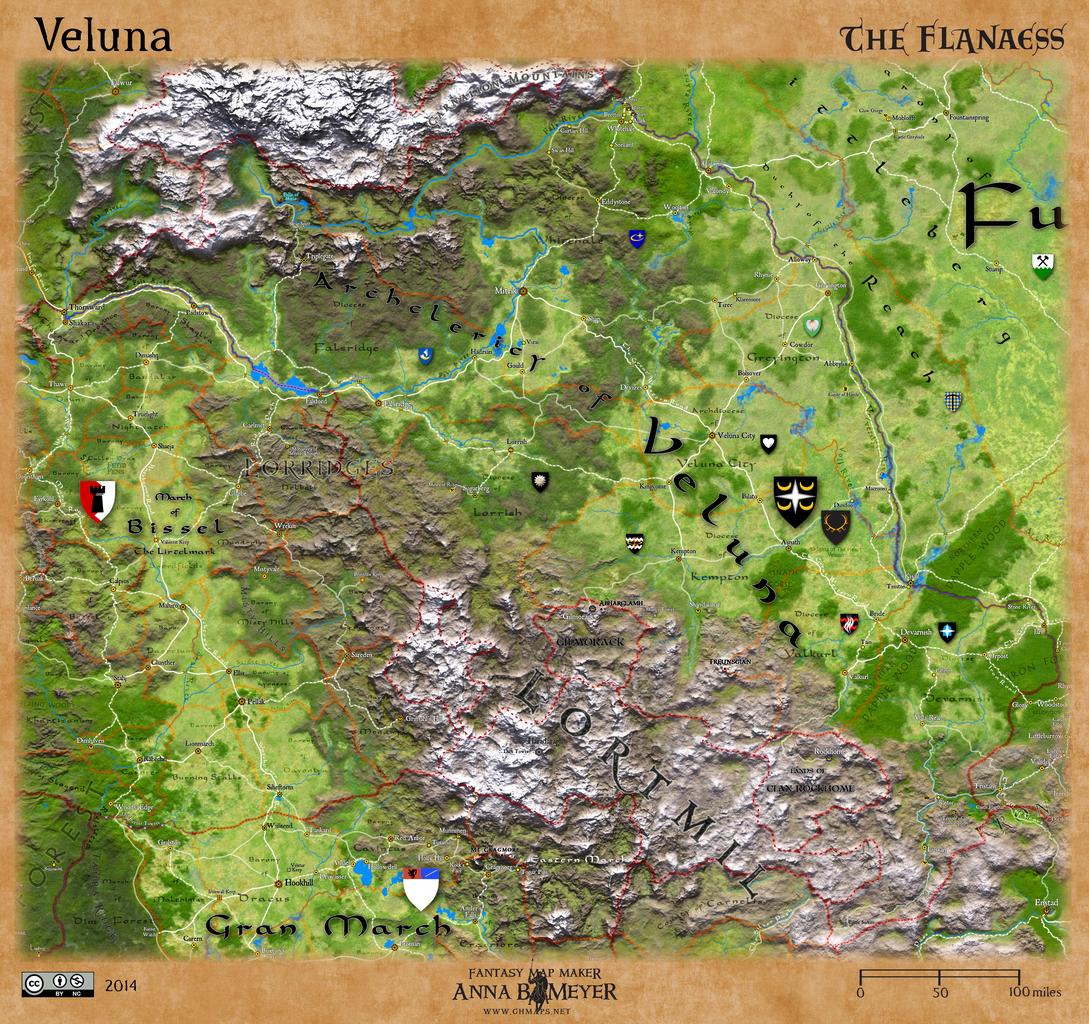 Region: Flanaess
Borders: Highfolk, Furyondy, Gran March, Bissel, Ket
Capital: Mitrick
Population: 669,000 (79% Human (Osf), 9% Elf, 5% Gnome, 3% Halfling, 2% Dwarf, 2% Other)
Languages: Common, Velondi, Flan, Elven
Alignment: LG, NG, LN
Major Religions: Rao, St. Cuthbert, Heironeous. Fharlanghan
Resources: Food, copper, silver, gold
Notable: The Crook of Rao
Overview: A harmonious nation, dedicated to peace and purity of thought. Briefly part of the Great Kingdom, the rulers of Veluna have always been valued counselors to their neighbors, especially Furyondy. Veluna has been invaded several times, both by Keoland and by Furyondy, but is today secure in her borders. Though untouched by direct conflict in the Greyhawk Wars, everyone knows that the true end of the conflict was engineered in Veluna, whose use of the artifact known as the Crook of Rao triggered the Flight of Fiends, which crippled Iuz’s war machine. Veluna stands alongside Furyondy in her renewed war with Iuz.