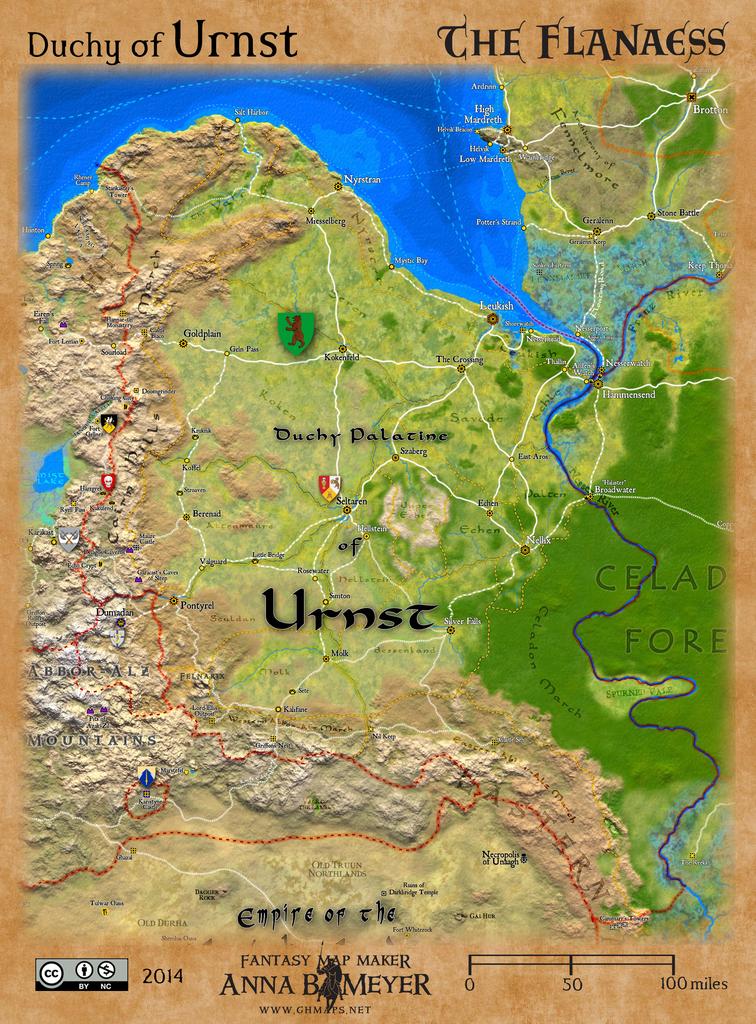 Region: Flanaess
Borders: Urnst ©, Nyrond, Bright Lands, Nyr Dyv
Capital: Leukish
Population: 752,000 (79% Human (S), 9% Halfling, 5% Elf, 3% Dwarf, 2% Gnome, 2% Other)
Languages: Common, Halfling, Elven
Alignment: LG, NG, N
Major Religions: St. Cuthbert, Pelor, Lydia
Resources: Food, silver, electrum, gold, platinum, gems
Notable: None
Overview: Though technically owed fealty by their northern cousins, this fealty is as often observed as their own technical fealty to the Great Kingdom. The rulers of this nation have for the most part been competent, but unmistakably Suel in many ways. Purity Laws were once upheld by the nobility, and a recent bout of religious intolerance led to the Duke’s son dying because no cleric in the nation would heal his wounds. Current concerns involve the Empire of the Bright Lands and growing problems with Rhenee barge-folk on the nation’s river ways.