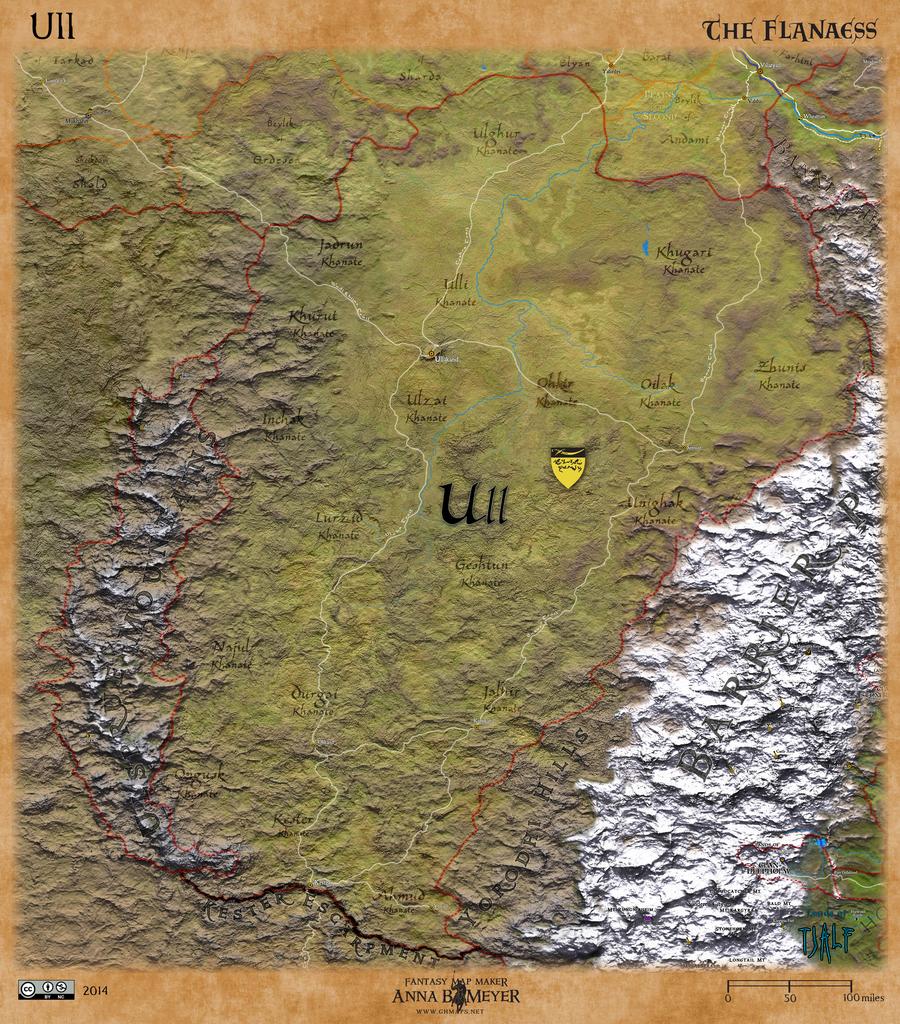 Region: Flanaess
Borders: Zeif, Bissel, Geoff, Plains of the Paynims
Capital: Ulakand
Population: 278,000 (94% Human (B), 2% Halfling, 2% Orc, 2% Other)
Languages: Ulagha, Ancient Bakluni, Common
Alignment: CN, CE, N
Major Religions: Ralishaz, Incabulos, Geshtai
Resources: Silver, gems, trade
Notable: None
Overview: Ull is universally despised for the rapacity, venality, and general uncleanness of both her populace and what passes for towns inside her borders. Originally settled by the people who would become the Oeridians, they were displaced by invading nomads who thought it easier to take the towns they found than to build villages of their own.