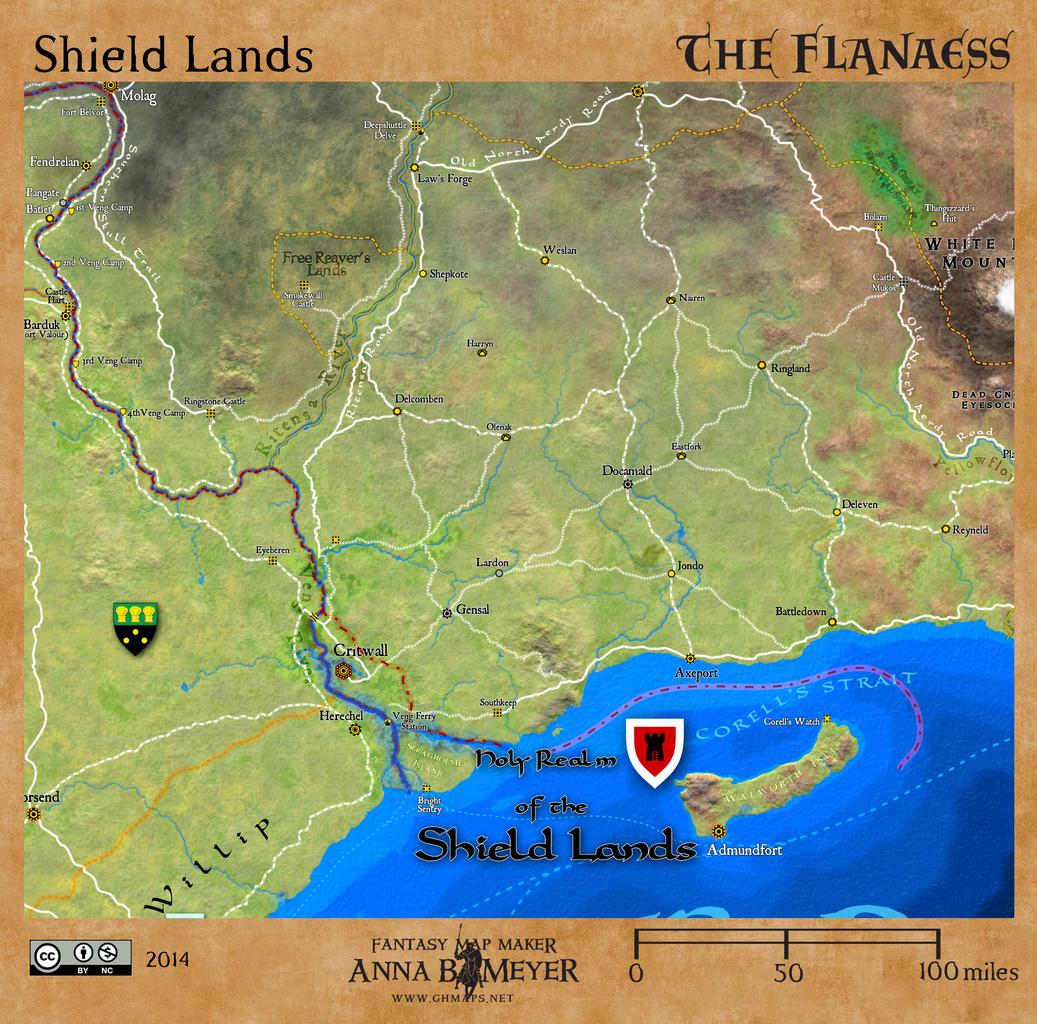 Region: Flanaess
Borders: Bandit Kingdoms, County of Urnst, Nyr Dyv, Greyhawk, Furyondy, Iuz
Capital: Critwall
Population: 27,000 (79% Human (Osf), 9% Halfling, 5% Elf, 3% Dwarf, 2% Gnome, 2% Other)
Languages: Common, Halfling, Elven
Alignment: LG, LN, CG
Major Religions: Heironeous. St. Cuthbert, Mayaheine, Pholtus, Trithereon
Resources: Livestock, food
Notable: Knights of Holy Shielding
Overview: Now a shadow of what they once were, the “New Shield Lands” hope to wrest the bulk of their homelands back from Iuz. Originally having declared their independence in 254 CY from the Great Kingdom and resisting admission into Ferrond, the nobles of the Shield Lands chose instead to band together to defend the southern lands from the chaos in the north. They survived the rise of Iuz, and of the second Vecna, only to fall to the Horned Society in 579 CY. It was surprising to them that it took the return of Iuz to free them from the Hierarchs, a freedom that lasted until Iuz invaded at the beginning of the Greyhawk Wars. Furyondy offered support, but still fearing annexation at their hands, they chose to fight alone and swiftly fell to Iuz. Aid from Furyondy eventually helped liberate the cities and fields currently held by the Shield, however.