Sea Princes, Hold of the 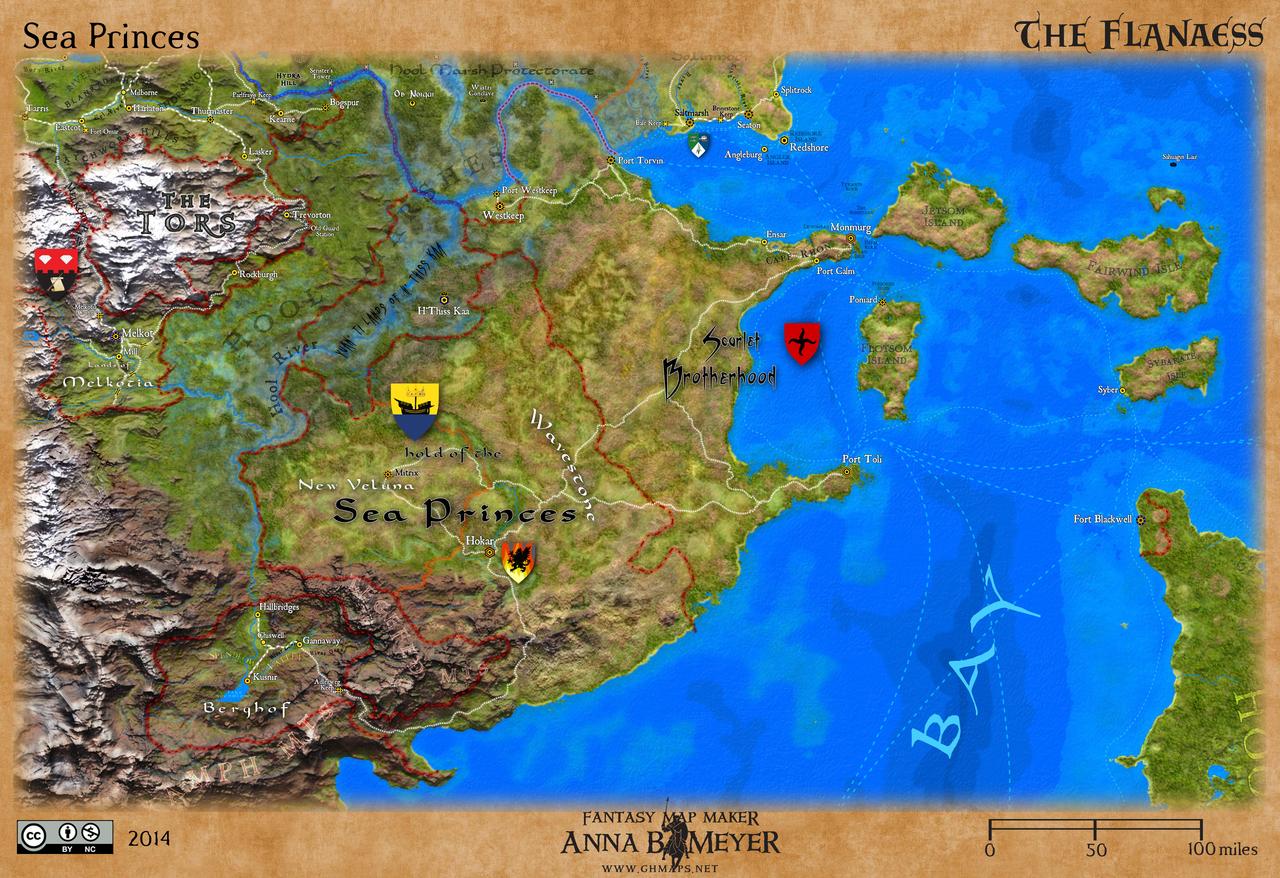 Region: Flanaess
Borders: Keoland, Jeklea Bay, Yeomanry
Capital: Monmurg
Population: 420,000 (79% Human (Sofz), 8% Halfling, 4% Elf, 3% Dwarf, 2% Gnome, 4% Other)
Languages: Common, Olman, Amedi, Keolandish, Halfling
Alignment: CN, CE, N, NE
Major Religion: Osprem, Xerbo, Procan, Norebo, Kelanen
Resources: Food, slaves
Notable: Black Brotherhood
Overview: Originally carved from southern Keoland by ambitious nobles and pirates, The Hold of the Sea Princes flourished for centuries as the major naval power in the West. What started as piracy flourished as mercantilism, and there was little or no end in sight until the night in 584 when the Scarlet Brotherhood murdered nearly every noble family and terrorized the survivors into surrendering. Though Keoland made an attempt at liberating their former province, the Brotherhood still controls most of the region, even though ex-slaves have taken the western edge of the realm as their own.

Sea Princes, Hold of the