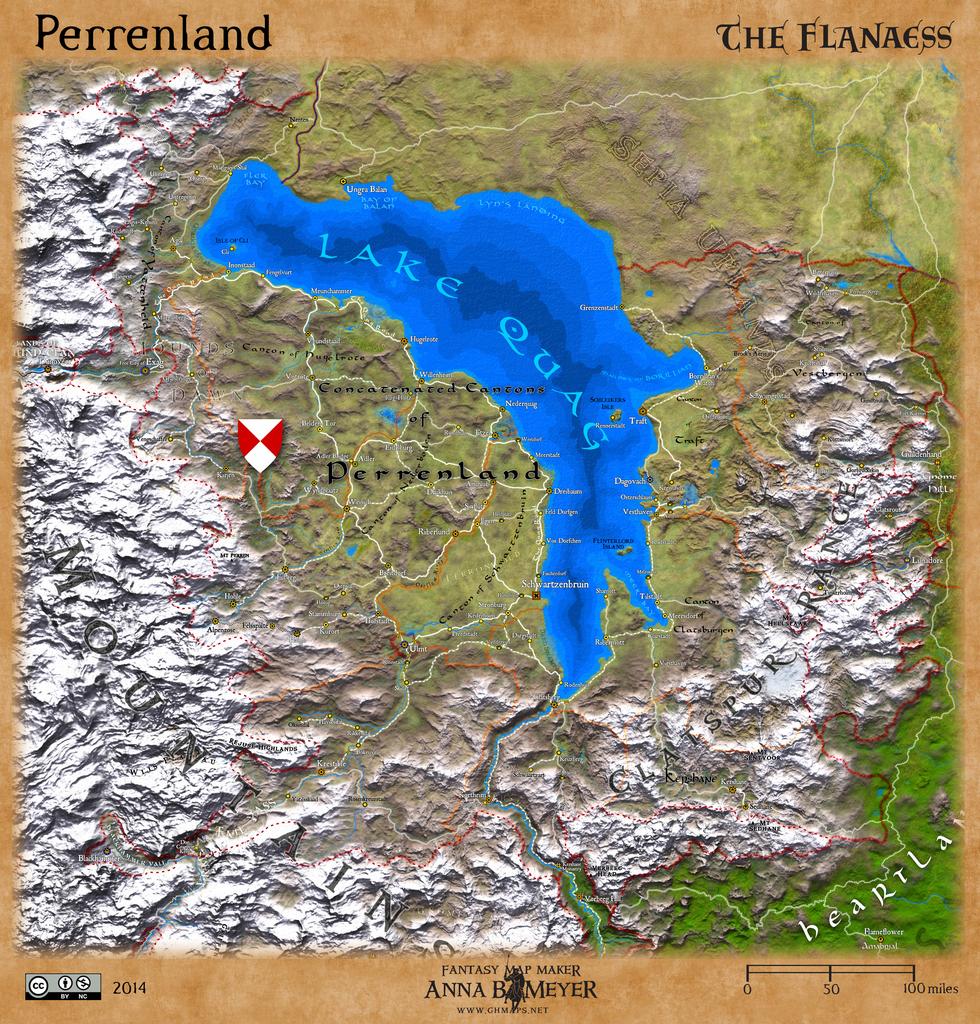 Region: Flanaess
Borders: Wegwuir, Highfolk, Ket, Tusmit, Ekbir, Chakyik
Capital: Schwartzenbruin
Population: 468,000 (79% Human (OFsb), 8% Dwarf, 6% Halfling, 3% Elf, 2% Gnome, 2% Other)
Languages: Common, Flan, Oeridian, Dwarven
Alignment: LN, N. LG
Major Religions: Allitur, Ulaa, Zilchus, Berai, Pelor
Resources: Copper, fish, cheeses, mercenaries
Notable: Horn of Iggwilv, Caverns of Tjoscanth
Overview: Famed both for neutrality and for her halberd & pike wielding mercenary militias, Perrenland has always been a nation that loved its independence. Settled by nearly every race in the migrations, they resisted being incorporation into the Great Kingdom for centuries. When they finally seemed to “find themselves” as a nation, they faced enslavement at the hands of Iggwilv, who ruled there for most of a decade. Most in Perrenland know Iuz for her son, so it surprised many that Perrenland signed a treaty vowing neutrality in the Greyhawk Wars. Now that peace has returned, the current leaders of the realm must explain their motives to the populace or face replacement in the coming elections.