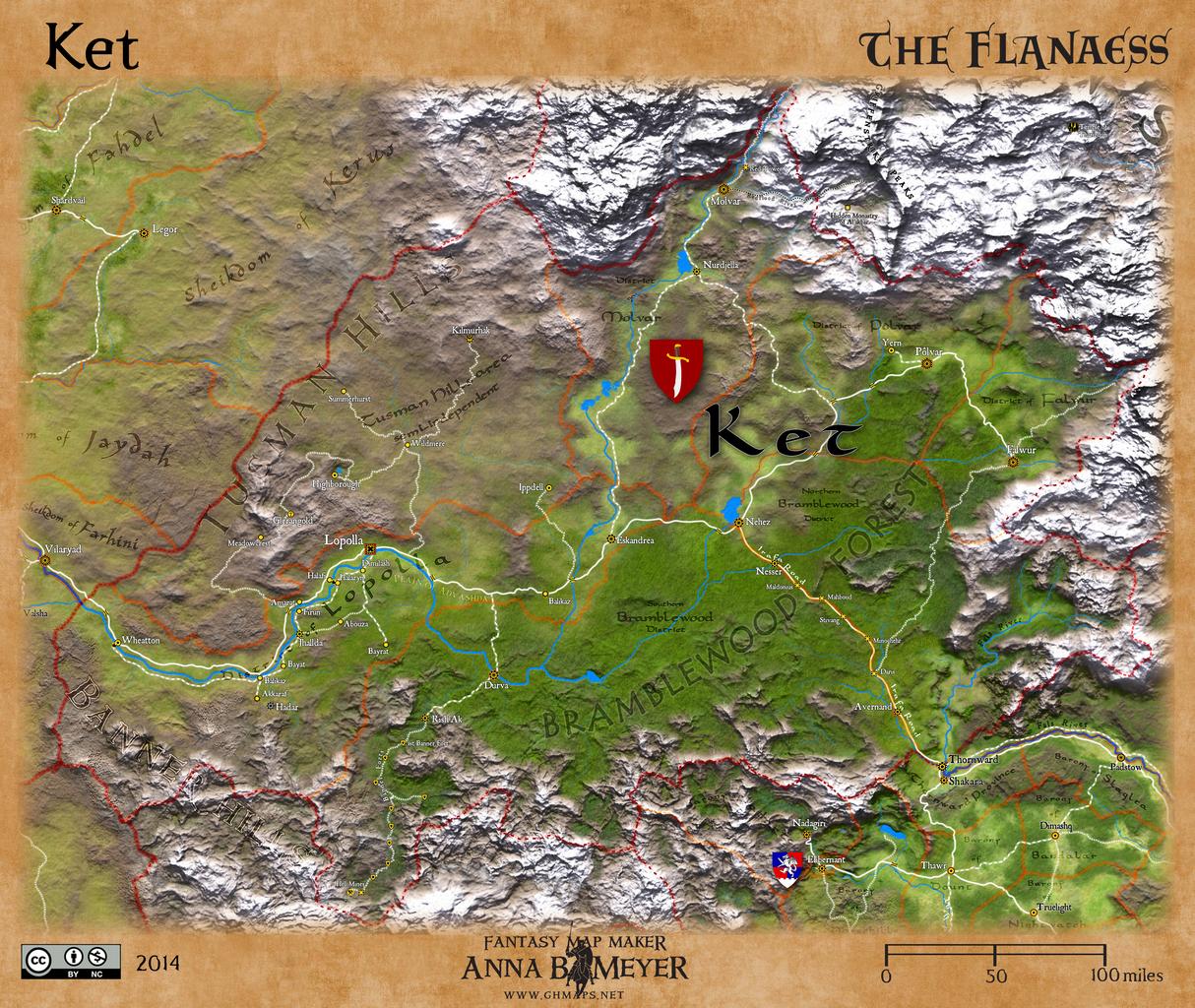 Region: Flanaess
Borders: Yatil Mts., Perrenland, Highfolk, Veluna, Bissel, Plains of the Paynims, Tusmit
Capital: Lopolla
Population: 275,000 (96% Human (Bos), 2% Dwarf, 1% Halfling, 1% Other)
Languages: Bakluni, Common
Alignment: LN, N. LE
Major Religions: Al’akbar, Jaahar, Fharlanghan, Geshtai, Istus
Resources: Silver, copper, gems
Notable: None
Overview: Long the Gateway to the West, the merchant class is alive and well in Ket. The current ruler of this western nation sits uneasily upon his throne, however, as his predecessor allied himself with Iuz in the last great war, in an abortive attempt to seize the wealth of Bissel for his own. Once overthrown, the power base of the country shifted away from the military and more towards the merchant class, a change the full consequence of which are unknown.