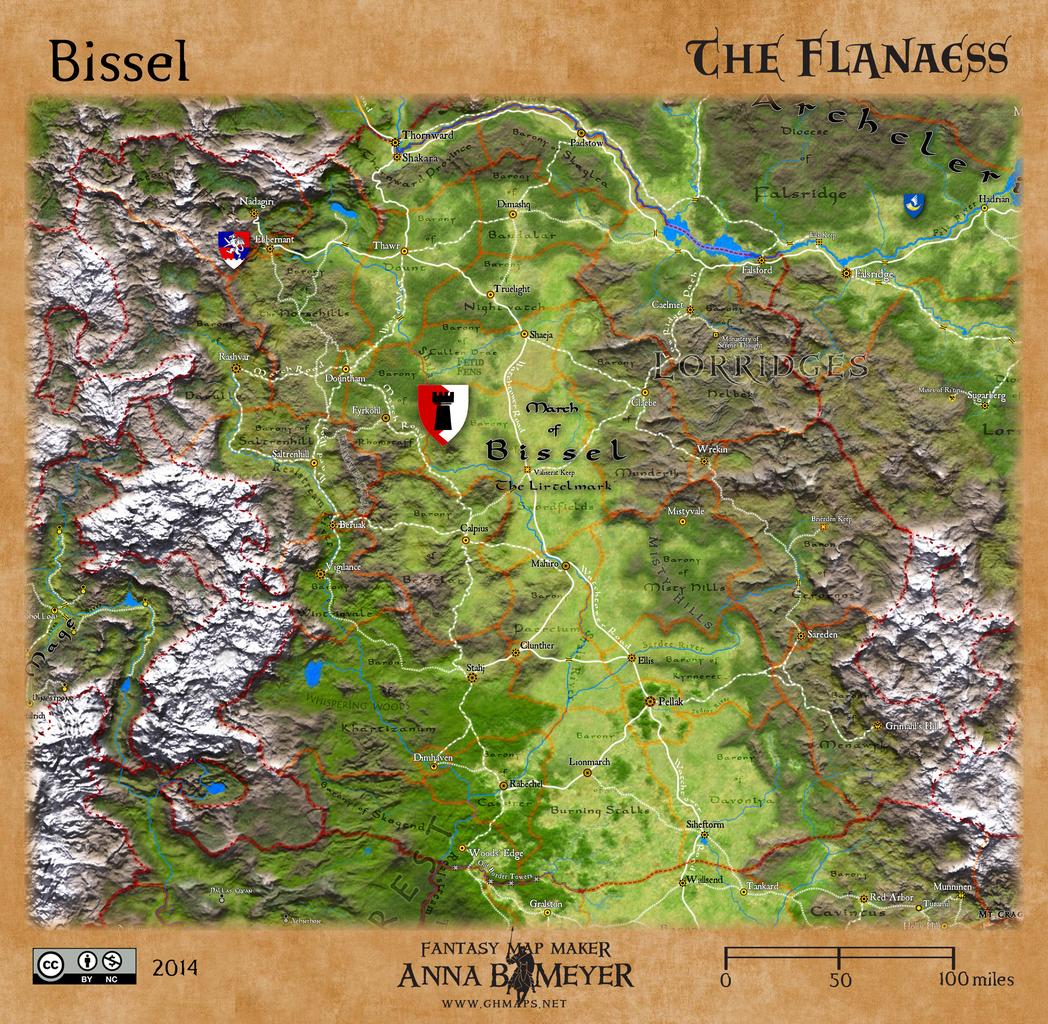 Region: Flanaess
Borders: Ket, Veluna, Gran March, Valley of the Mage
Capital: Pellak
Population: 124,000 (82% Human (OSB), 10% Dwarves, 2% Elf, 2% Gnome, 2% Halfling, 2% Other)
Languages: Common, Bakluni, Dwarven
Alignment: LG, LN
Major Religions: Heironeous, Zilchus, Fharlanghan, Geshtai, Rao, Istus
Resources: Grain, cloth, gold, gems, trade, mercenaries
Notable: Knights of the Watch
Overview: Northernmost part of the Sheldomar Valley, the March has been both the northern border of the Kingdom of Keoland, as well as the southern border of the Kingdom of Furyondy. Seen by many as the gateway to the Sheldomar, the Bakluni Basin, and the rest of the Flanaess, it has changed hands and/or been invaded countless times. Trade is brisk in Bissel, however, as endless caravans ply her roads to reach a variety of markets.