Since the beginning of time, Lord Moon chased Lady Sun about the world. One day, he caught her, and as her light faded, the curtain fell on the age of the ancient races. Over the course of countless seasons, Lady Sun gave birth to ten children: Hida, Doji, Togashi, Akodo, Shiba, Bayushi, Shinjo, Fu Leng, Hantei, and Ryoshun. Shinjo had always been closest to him. Fu Leng was the second best at all things among his siblings. He was strong, but Hida was stronger; he was wíse, but Togashí was wiser; and so on it went with each of his siblings. Envy grew in Fu Leng’s heart; it became resentment, and then hatred.

When the Kami fell from Tengoku, Fu Leng landed in the Shadowlands, in a place which would be known as the Festering Pit of Fu Leng, but he smashed through its substance, tearing open a hole between the Mortal Realm and Jigoku. He kept falling, finally coming to rest deep in the Realm of Evil. A dark flame of jealousy and resentment burned within Fu Leng’s heart, a beacon to the evil powers imprisoned within the underworld. This caused the Kings of Hell to lose control over their wards. In his wake, corrupting power oozed from the hole he had sundered, relentlessly afflicting the Mortal Realm around it with a malign contamination. Monstrous things crawled out of Jigoku and into the Mortal Realm.

It might be that the malign powers in Jigoku sought to enslave Fu Leng, but he was a divine being. This allowed him power over Jigoku in turn, resulting in a malevolent and supremely dangerous symbiosis. Fu Leng’s followers were goblins, ogres, undead, and legendary demons known as oni.

Not long after the other Kami had begun to order the world and formed clans with their earliest followers, Fu Leng emerged from his subterranean lair. He confronted Hantei because he had not been invited to the Tournament of the Kami, and challenged Hantei’s right to rule Rokugan. Togashi was selected as the Emperor’s Champion, who in turn selected all that lives in Rokugan as his weapon.

For three years, the forces of Jigoku laid siege to Rokugan in a conflict known as the First War. Fu Leng assaulted the Empire with his dark army from the Shadowlands, but they were eventually repelled from Rokugan by the Seven Thunders on what became known as the Day of Thunder. Fu Leng was defeated in the Temple of the Ninth Kami, a huge obelisk built within a crater deep in the Shadowlands. The cost was heavy, as only Shosuro survived the fight. Shiba stayed the hordes of oni and the undead while Isawa sealed Fu Leng’s soul into the Black Scrolls. Shosuro could escape the Shadowlands with the scrolls, pursued by the armies of the Shadowlands. Hantei ordered that these twelve scrolls never be opened and gave them to the Scorpion Clan for safekeeping. The Emperor Hantei also commanded the Crab to build a wall to protect the Empire from the evils of the Shadowlands and from the corruptive power of the Taint, a structure which was known as the Kaiu Wall. 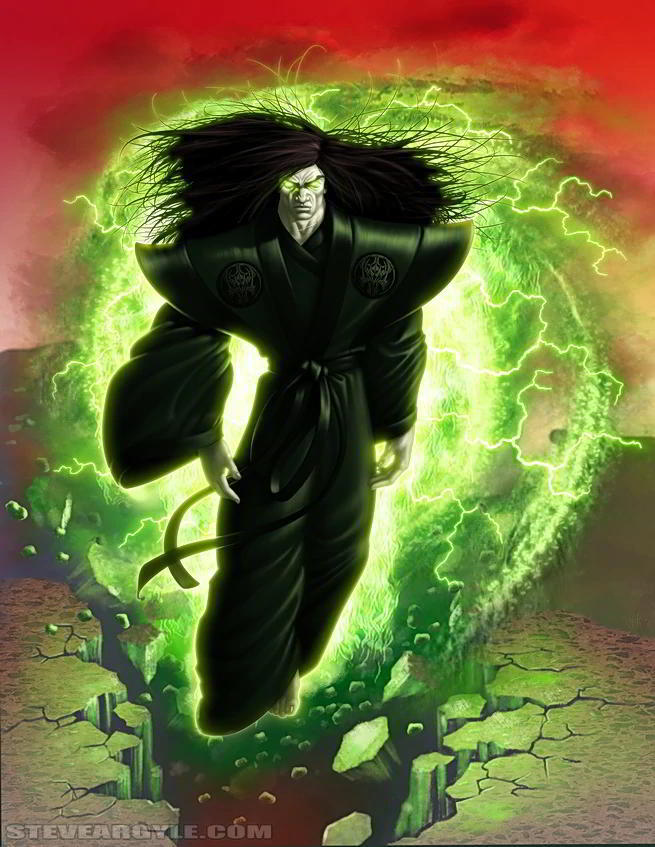