After receiving their briefing from Minister Seppun, the group spent the following day acquiring supplies, and were Teleported directly to the offices of the shipping company that served as a front for the Rokugani IS in Tsonlai. They quickly became acquainted with Arimura Kasumi, the operative currently in charge of local operations, who tried her best to bring them up to speed on the city’s underworld.

After their consultation, it was agreed that the best course of action was to travel to the section of the city where Chan Clar was known to frequent, and ask around until they either found him, or he found cause to find them. After about three hours, they were approached by an orcish mamluk who asked them their business with Chan Clar. After telling the orc that their business with Chan Clar was between them and not for the ears of a servant, it took another hour before Ozawa noted that the bouncers at the tavern were letting people leave, but actively turning people away at the door.

Soon enough, a robed figure entered the bar, flanked by four guards (one guard fewer than the minimum of five that Kasumi had assured the group was his minimum complement). As he drew close to the group, they launched their assault, causing the remaining customers in the bar to flee. “Chan Clar” encased himself in a Glass House and allowed his guards to deal with the party, occasionally casting spells but mostly watching how well his guards fared.

When he was finally down to just the one guard still standing, he called for a truce, and agreed to talk. Eventually the party decided that he was stalling, awaiting reinforcements, so Cortana Dispelled his Glass House and the others attacked. “Chan Clar” dropped a Fireball at his feet but he was quickly knocked unconscious and Cortana used her staff to flee the bar with her companions.

While traversing the Shadow landscape, a strange, piping voice could be heard warning the ‘daughter of Argus’ that she was in great danger, that Durklemes was watching for her here, and that she and her companions should not remain. Fortunately, the distance back to the shipping office was short. The piping voice proved to belong to Ts’oth’ula, a pale-white, luminescent flumph. 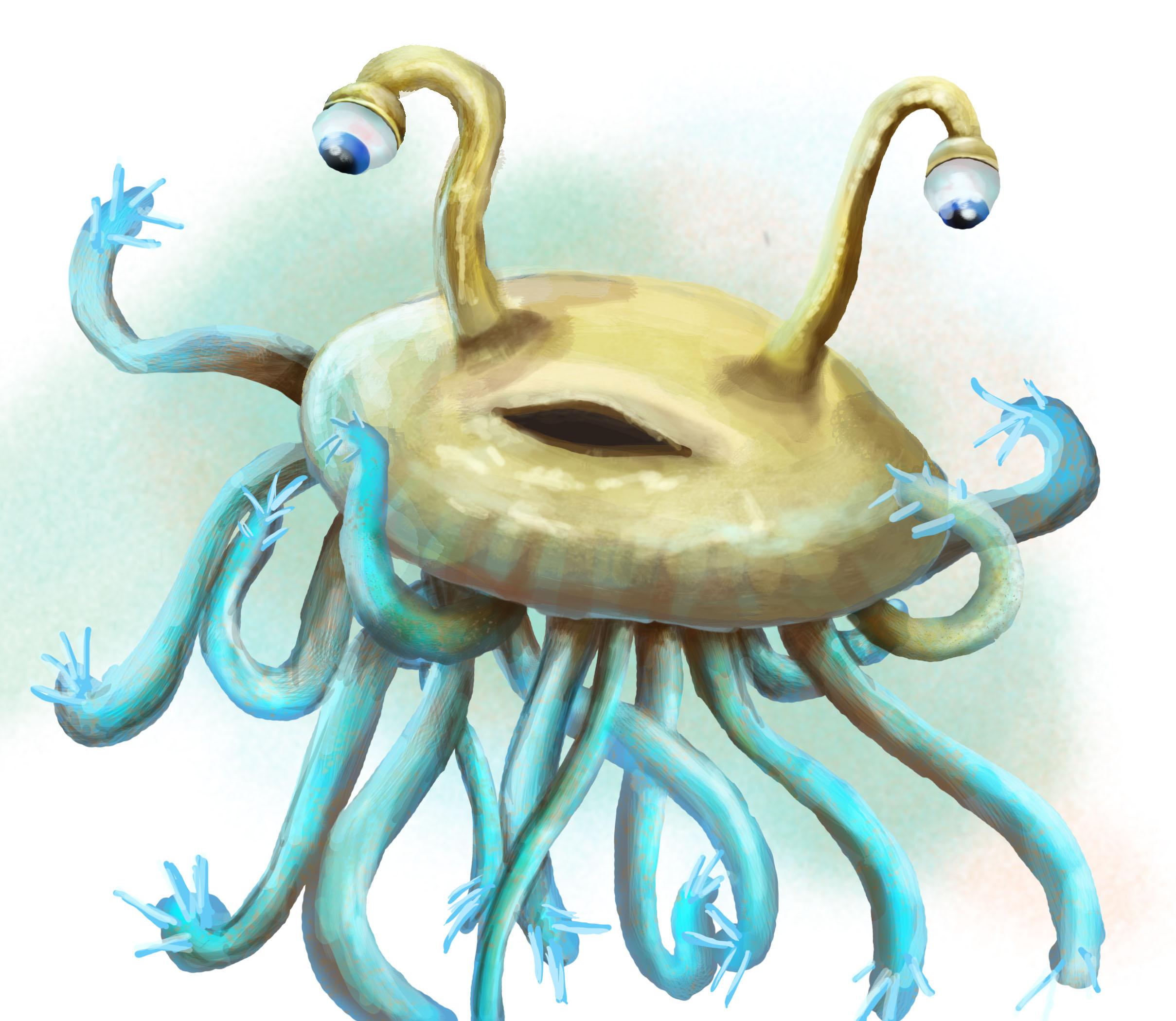 Ts’oth’ula identified “Chan Clar” as Qortimus ‘the Reaper’, a nagaji sorcerer and lieutenant of Chan Clar’s. When they roused Qortimus, the party used Ts’oth’ula’s strange, otherworldly appearance as a threat, convincing the lieutenant that it was ready to eat his brain if he didn’t answer their questions, but Qortimus didn’t know much. As it happened, Ts’oth’ula had answers that the party did seek, including the following:

Durklemes was summoned to this world by Fu Leng, and the grimoire used was later stolen by cloud giants.
Durklemes is very interested in obtaining that book, or at least, one of the copies of it.
One of Durklemes’ plots concerns an alliance with multiple hag coveys to help bring about a prophesy known as Starstone, wherein a fragment of a shattered world steeped in evil untold millennia ago would be drawn down to impact somewhere on Liga, initiating a spreading contagion of death and undeath.
Chan Clar is not, in fact, a dragon, just a mortal man who follows the path of the Dragonfire Adept {Dragon Magic}.
Another group of Draeni exist on Liga; a portion of the ship that crashed and brought Cortana to this world also landed in Granbretan. Currently the survivors are slaves to the Granbretanians.

After forcing Qortimus to draw them a map of Chan Clar’s fortress, he was eliminated and the party planned to assault it the following morning. As we broke for the evening, the battle had commenced; one guard slain, and the fortress was awakened to their presence. Ts’oth’ula has produced a shortsword (from somewhere) and is ever so slowly advancing… It is dawn on the 27th of Ready’reat, 1150 I.C.

Chapter Three, Session 17: Swear by your power You hit him so hard, you killed his body and his soul...

Chapter Three, Session 15: You're going to make someone very happy...